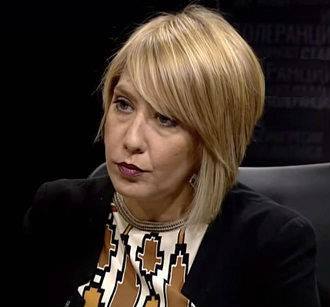 Ana Petruševa is an experienced journalist and one of the founders of the regional network BIRN and BIRN Macedonia.

As the country director of BIRN Macedonia, she organises trainings and debates involving journalists throughout the country, and secures funding for the organisation. She was managing editor of BIRN’s flagship English language publication Balkan Insight from 2006 to 2016.

Prior to joining BIRN, Ana was the Macedonia country director for the Institute for War and Peace Reporting IWPR. She previously worked as a journalist for a variety of media outlets in Macedonia and abroad, including Reuters, Deutsche Welle, Telma TV and daily newspaper Dnevnik. Ana was the associate producer of the IWPR documentary , “Ohrid and Beyond,” and served as the co-author and producer of the BIRN Kosovo documentary, “Does Anyone Have a Plan?”

Ana graduated from the Skopje Journalism School in the Faculty of Law at the University of St. Cyril and Methodius.