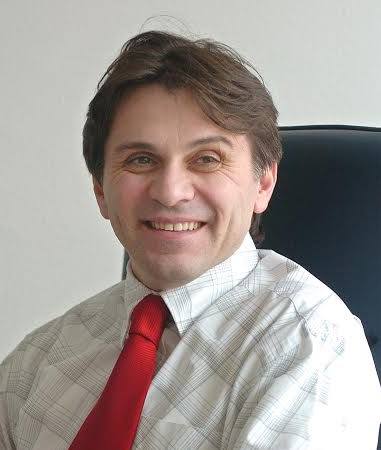 Goran Mihajlovski is one of the most famous contemporary journalists and columnists in
Macedonia. He is a founder and editor in chief of the digital newsroom
SAKAMDAKAZAM.MK (www.sakamdakazam.mk or www.sdk.mk). He is an author of
,,Sakam da kazham”, the longest and most popular column in the history of Macedonia
that started publishing in 1991, for which he is awarded twice with ,,Krste Misirkov”
award. The column is published in 5 books.

He is а winner of the highest award for journalism in Macedonia ,,Mito Hadzivasilev –
Jasmin”. He is a founder and ex-editor in chief of the newspaper ,,Vest”, with the best sаle for its
time in the country.
He has been a professor at the University,,St. Kiril and Methodys” Skopje and he is
engaged as a trainer at national and international conferences. He is a member of
Аssosiation of Journalist of Macedonia and International Federation of Journalists and
Macedonian coordinator fo the Medium Organizacion for South East Europe CEEMO.