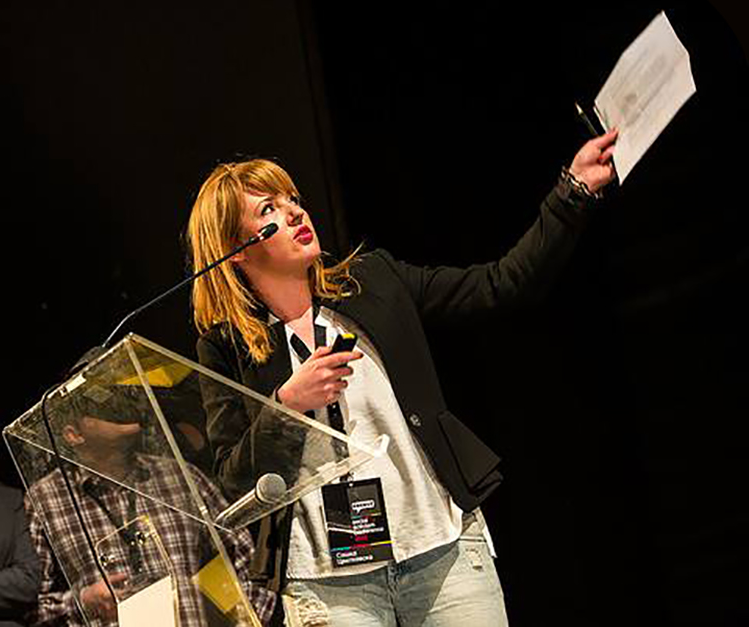 Sashka Cvetkovska is the co-founder of Investigating Reporting Laboratory – IRL Macedonia. She tracks domestic and international organized crime and corruption and is one of the pioneers in media ownership and propaganda research in the country as co-founder of the first media ownership database MediaPedia.

Since 2015, Cvetkovska has been working on the international research project Spooks and Spins: Information Wars in the Balkans whose goal is to discover the centers of power and money movement in the global information wars. In recent years, she has worked on a series of domestic and international investigations that uncover corruption, illegal arms trafficking, espionage and influential trafficking.

Her articles have been published in some of the most influential global media outlets such as The Guardian, Buzzfeed, Der Standard and others. She has received more than ten domestic and international accolades for her work.